Africa’s business sector is predominantly characterized by self-sustaining economics, paired with production of so-called colonial products (coffee, tea) and raw materials. GDP for the entire continent was estimated in 2009 at USD 1,545 per capita. However, the variations in GDP are large. These are largely explained by differences in economic structure and trade patterns. 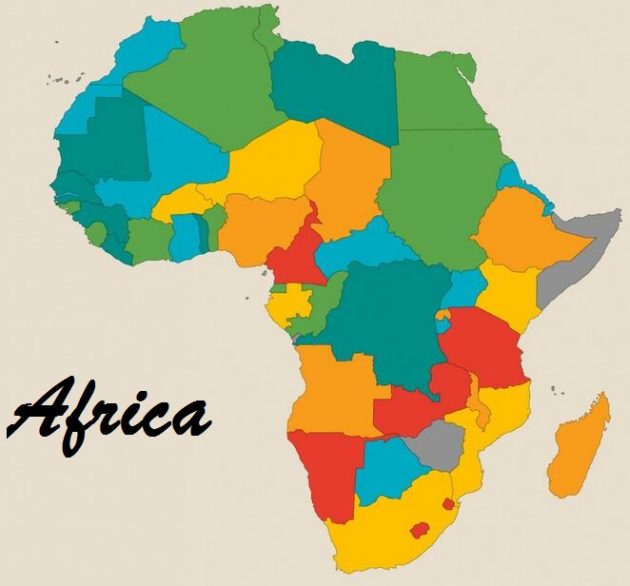 More than half of the economically active people in Africa are employed in agriculture. This also accounts for just under 20% of GDP. About 6% of the total area is cultivated, while another 26% is used as pasture. The natural conditions for agriculture differ in many respects from those in other continents. Usable areas are separated by large areas that are not at all or only marginally suitable for agriculture. Moreover, in large parts of the usable areas the soil fertility is quite low. The best soils are found in limited upland areas, for example. Cameroon and East Africa.

Two factors of particular importance for the extent and prevalence of African agriculture are the precipitation variations and the occurrence of the tsetse fly. For large parts of the continent, the agricultural year is divided into marked dry and rainy periods. With the exception of the rainforest area, however, the amount of rainfall varies widely from rainy season to rainy season, which affects both agricultural potential and yield. The relatively wide spread of the tsetse fly has also affected the settlement pattern and the opportunities to keep livestock.

To a large extent, African agriculture is dominated by small units – about 80% of those employed in agriculture are active in this part of the agricultural sector. In terms of area and production, however, small farms account for smaller parts – about 60% of agricultural land and about 40% of production. On the small units, agriculture is often conducted under relatively extensive forms, and burning is still common in many places. However, with increased pressure on available land resources, agriculture is intensifying. Initially, the soil near the settlement is often intensively cultivated using both compost soil and natural manure, while farther away fields are used more extensively. However, with increasing population pressure, the intensively cultivated area is widened, and intensive, permanent agriculture is conducted in the most densely populated areas.

Cultivation patterns and crop combinations vary widely, but there are some basic features. To a large extent, the cultivation of food and sales crops is combined within the small units. This allows a certain degree of protection against price variations for the sales crops and against the growth of food crops. In addition, ecologically adapted cultivation systems have been developed to preserve the soil’s nutrient content and protect it from the risk of erosion. This is expressed, among other things. in that different crops are combined on one and the same cultivation lot (so-called intercropping).

Capital investment in agriculture is often limited. Commercial fertilizers and chemical pesticides are only used sparingly in small farms. The main tools are the chop and pangan, a kind of machete knife. Tractors are rare in the smallholder sector as well as draft animals, although the latter have increased significantly in some areas in recent decades. The need for manpower to clear new land and to hack up the cultivation lots is therefore very great. In many areas, labor shortages are one of the most important limiting factors when it comes to developing small-scale agriculture.

Livestock farming often plays a major role in African agriculture, especially in areas that are less suitable for intensive agriculture. About 40% of the world’s livestock population is found in Africa. In total, livestock keepers’ share of the population is 5%. In some countries it accounts for more than 50%, in e.g. Sudan, Mauritania and Chad.

During the colonial period, export-oriented, large-scale agriculture was introduced in certain areas. For some crops – e.g. tea, coffee and sisal – production is often carried out on plantations, which in many cases are owned by transnational companies. Production in large-scale agriculture is conducted using intensive farming methods. The degree of mechanization is often high, as is the use of commercial fertilizers and chemical pesticides.

Drought has been a regular problem for African agriculture. In recent decades, however, the effects of missing rain appear to have worsened. To a large extent, this is considered to be due to increased land exploitation in more marginal areas – eg in the so-called Sahel zone along the southern border of the Sahara desert. Another serious problem for Africa is that since the early 1970s, food production has not kept pace with population growth. For most African states, development policy has focused on building industry and promoting export-oriented agriculture. Among other things, For example, this has been reflected in the fact that prices for locally produced food have been set relatively low and that agriculture has, in relative terms, been disadvantaged in terms of aid and investment in development budgets.

About 20% of Africa’s area is wooded. However, the direct economic importance of forestry is relatively limited. Only about 6% of the forest being harvested is used industrially; the remainder is used for burning in agriculture, for the production of charcoal or as fuel in households. Some exports of hardwood – mahogany and teak – occur mainly from West Africa. Important producer countries are Ivory Coast, Ghana, Nigeria and Gabon, according to Countryaah.

Although Africa has a long coastline and several large rivers and lakes, fishing plays a relatively small economic role. The largest fishing nations are South Africa, Angola, Morocco and Senegal. However, significant catches are made in extensive sea fishing off Africa’s western and southern coasts of fishing fleets from, for example. Japan and Portugal.

Africa is rich in valuable minerals (compare the section Natural Resources), which explains the colonial powers’ great interest in the area.

Africa produces only 12% of the world’s oil, but for individual countries oil production is very important. Nigeria, Libya, Angola and Algeria account for 22, 18, 18 and 17% of production respectively.

In addition to the aforementioned mineral, Africa (2007) accounts for 3% of world iron ore production. South Africa and Mauritania account for the majority – 72% and 20% respectively.

Most of the minerals extracted in Africa are exported as pure raw materials. This is largely reflected in the general features of Africa’s trade patterns, which are largely characterized by exports of unprocessed raw materials from agriculture and mineral production, as well as imports of industrial products, semi-finished products and consumer goods.

Africa has a lower energy consumption per inhabitant than any other continent. In 2008, Africa accounted for 6% of the world’s energy production, but only for 3% of consumption. South Africa and Algeria have the highest energy consumption per capita. In 2008, oil accounted for 38% of energy demand, coal for 31%, natural gas for 24% water for 6% and nuclear energy for less than 1%. Corresponding figures for the EU are 41%, 17%, 26%, 4% and 12%.

In Africa, however, there are the largest unused water energy resources in the world. Estimates from the mid-00s show that Africa has over 25% of the world’s water energy reserves, but in 2008 it accounted for only 3% of world production. The largest ponds for irrigation and energy production are: the Assuan Dam in Egypt, Cabora Bassa in Mozambique, the Caribbean Dam in Zambia/Zimbabwe, the Kainji Dam in Nigeria and the Akosombo Dam in Ghana.

However, for the African in common, as for most of the Third World, the most important source of energy is firewood. Firewood accounts for over 90% of the energy supply in Africa. This results in severe pressure on forest resources, which in turn can lead to increased erosion and changes in the local climate.

The fact that Africa’s industrialization got off to a much later start than the corresponding process in Asia and Latin America can be explained by the policies of the colonial powers. In essence, the colonies were given the role of commodity producers to the colonial powers industries, which could then export industrial products back to the colonies. The independence of the colonies was a turning point, and most countries tried to achieve rapid industrialization to reshape their agricultural-based economies. With a weak domestic industrial tradition, this often meant that, through favorable terms, they sought to attract foreign capital, which still plays an important role for Africa’s industry. The goal was to build up a domestic production of such goods that were previously imported, so-called import substitution.

This led to an investment in light industry. Production in the light industry has largely focused on consumer goods that only a minority of residents could buy. The market has therefore been very limited, and production has often had to be protected from competition through high tariffs. The limited build-up of heavy industry has also led to an import dependence on machinery equipment, raw materials and semi-finished products for production. This, in turn, has further strained already weak state budgets and led to increased debt burdens for many countries. Problems with foreign currency for import of inputs often lead to operational disruptions with the consequent lack of consumer goods.