During the first decades of the post-war, business developed strongly, mainly due to the fact that the Armenian Soviet Republic was not affected by World War II’s mass destruction and therefore, unlike most other Soviet republics, left the war with an undisturbed production apparatus. The stagnation of economic life began during Brezhnev’s long reign. 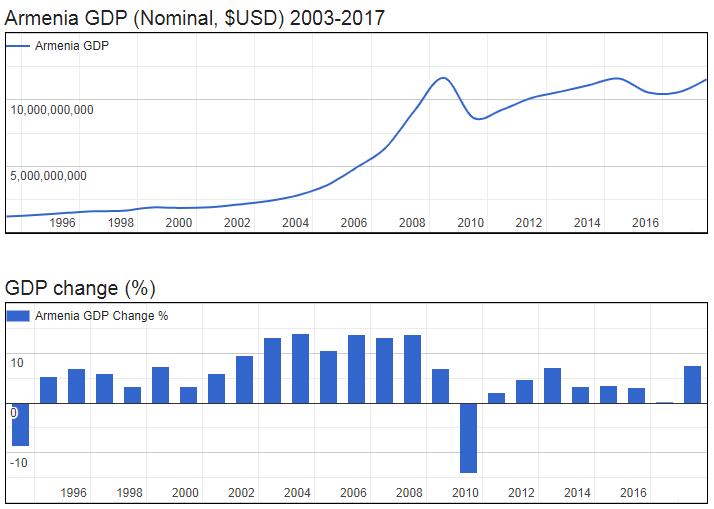 Business in independent Armenia was initially characterized by the long-standing Soviet plan and central government and by the military conflict with the neighboring Republic of Azerbaijan. One result was that large parts of the Armenian business were paralyzed by a lack of raw materials and energy as well as by a tough political direction against military production. After the ceasefire in Nagorno-Karabakh in 1994, the privatization of business began to take off, and the country’s economy began to recover. Parts of the country’s heavy industry were privatized or closed down. The industry switched its production from military to civilian production.

Since the mid-1990s, economic growth has been favorable, but growth has benefited mainly some groups in the cities while the countryside has lagged behind. During the 1990s, corruption has become an increasingly serious problem.

The dry climate and the height of the sea mean that the country’s conditions for agriculture are limited. About 15 percent of the country’s land is arable land. Agriculture is carried out partly in the fertile valley of the Ara River and in the low-lying area around Yerevan, and partly on plateaus and terraces up in the mountains. Just over a third of the land used is irrigated. The most important agricultural products are cereals, cotton, rice, grapes, tobacco, olives and fruits. Livestock management is common in the mountainous regions.

The Armenian mountains, which were historically rich in minerals and metals, were plundered more or less systematically during the Russian and Soviet eras. The mineral resources include copper, zinc and molybdenum. These form the basis of the metallurgical industry, which also produces aluminum. During the 00s, production in the mining industry again increased, mainly financed by foreign capital.

Armenia lacks its own oil resources. Previously, oil was imported from the oil and natural gas-rich neighboring Republic of Azerbaijan, but the conflicts between countries caused Armenia to now import oil and natural gas from the Russian Federation. The country produces electric energy at the Sevan-Razdan hydroelectric plant and at the Metsamor nuclear power plant. The latter is located in a seismically troubled mountain area and was stopped in connection with independence but has been put back into use due to the severe lack of domestic energy.

In addition to the metallurgical industry, the industry also includes mechanical engineering, mining and stone industry, consumer goods production (shoes, textiles, food) and the electrical and chemical industry. The latter, concentrated on the manufacture of plastics and synthetic rubber, has created serious environmental problems especially in the metropolitan area. Abbreviated as ARM by abbreviationfinder.org, the country of Armenia also has old traditions in diamond grinding and in recent years this industry has again grown in importance. The capital Yerevan has long been the dominant industrial center, but in recent times the cities of Gjumri and Vanadzor have also emerged as a significant center for the country’s industry, mainly chemical industry.

Historically, Armenia’s foreign trade has been concentrated in the Caucasian neighboring republics, especially the oil-rich Azerbaijan, as well as in other parts of the former Soviet Union. Foreign trade has thus greatly declined through the conflicts within the Caucasian region and after the collapse of the Soviet state. Among the countries with which Armenia is now engaged in foreign trade should be mentioned mainly the Russian Federation, Bulgaria, China and Germany. Mineral and chemical products dominate the export goods. Armenia mainly imports energy and fuel as well as food. 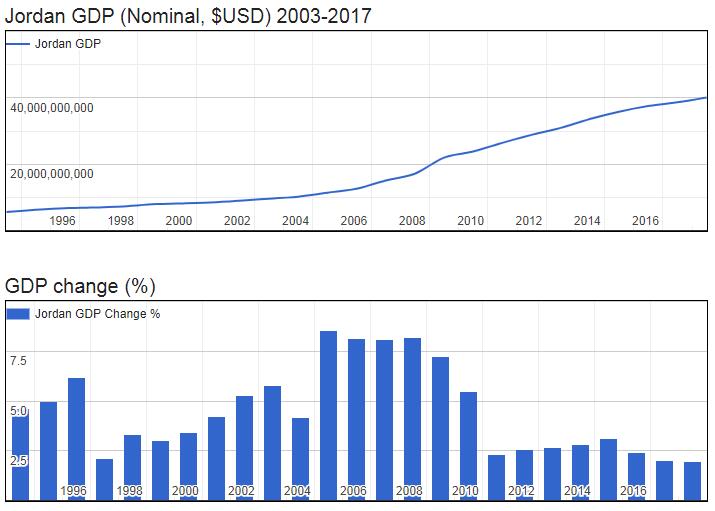