According to POLITICSEZINE, the referendum of 8 January 1961, which saw the proponents of Algeria’s self-determination prevail, if it hastened the resumption of contacts with the FLN, however, pushed the supporters of French Algeria to play everything. There was no doubt in their eyes: de Gaulle had disappointed all their hopes and betrayed their cause. In fact, for the French president there were no longer any alternatives to an “Algerian Algeria”. Self-determination was the only possible outcome: it therefore had to be achieved, obviously trying to maintain a relationship of association with the new state and guaranteeing French positions and interests as far as possible. Organization de l’Armée Secrète) multiplied the attacks and acts of terrorism; On 22 April, General Challe (until two years previously commander in Algeria, then transferred to NATO headquarters) flew to Algiers placing himself at the head of a military putsch. A state of siege was decreed, representatives of the central government were arrested, and they promised to refer those who had participated in what was called an attempt to leave Algeria and the Sahara to a military court. With Challe were generals Salan, Jouhaud and Zeller. The motion extended and despite the prompt reaction of de Gaulle, who assumed the extraordinary powers provided for in Article 16 of the Constitution, it was feared that the paras they could try to occupy Paris and the resistance was organized. Despite the evident fractures that had occurred, not even at this point was the relationship of loyalty of the army to the institutions broken, which de Gaulle, not surprisingly, had tried with various means to corroborate, even recently, knowing it was essential to the resolution of the Algerian drama. In fact, within a few days the situation was played down; various commanders refused to follow the rebels. Salan and Jouhaud then fled, while Challe turned himself in.

Just under a month after the failed putsch of the generals, on May 20, 1961, the conference between the French delegation (headed by Louis Joxe) and that of the Algerian provisional government (led by Belkacem Krim) opened in Evian. On March 18, 1962, after long negotiations, interrupted several times and accompanied by an impressive resurgence of terrorist activities and attacks by the OAS – including one, which failed, on September 9, 1961 to de Gaulle himself – finally reached a agreement. With the ceasefire, it regulated the transitional period, up to the exercise by the Algerian side of the right of self-determination, entrusting the responsibility to a French commissioner (designated in C. Fouchet) and to a provisional executive of 12 people: 3 French and 9 Algerians, including 6 from the FLN. L’ agreement defined and offered guarantees regarding the position of French residents. Furthermore, the France kept the base of Mers-elKébir for 15 years, and for 5 years the bases for its nuclear tests in the Sahara; special conditions were then reserved for Saharan oil. Naturally – and there were those who in general relief did not fail to note it – everything was to see if and to what extent the agreements thus reached would then be applied.

On April 8, the agreements were put to a referendum. In the metropolis, only the far right of Bidault and Poujade had said no; the yeses were therefore massive, more than 90% of the voters. In Algeria, the OAS replicated itself by promoting the scorched earth tactic: numerous buildings, including the town hall and the university, were set on fire, while almost a million French civilians left the country in a hurry. Meanwhile Jouhaud in Oran and Salan in Algiers were arrested. Finally, starting from mid-June, the OAS renounced its actions and on 1 July the Algerians were able to go to the polls in complete calm: the yes obtained 99.72% of the votes cast. Two days later the France solemnly recognized the independence of Algeria. In the following September the

If we take into account the climate in which de Gaulle’s return to power took place in June 1958 and the type of support he had received at the time, the conclusion of the Algerian war in the terms indicated certainly had something paradoxical. The end of French Algeria – an end on the modalities of which de Gaulle himself had actually settled only in stages and by successive passages – was not, however, to be understood at any cost as the equivalent of the end, for France, of a great foreign policy. Quite the opposite: however painful, the operation that had just ended finally freed France from a heavy burden that had negatively conditioned and weakened her until then. For de Gaulle, who miraculously emerged unscathed from the new attack on the Petit-Clamart on 22 August 1962, 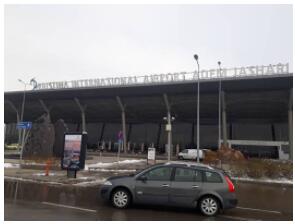