The configuration of the state within the current borders was defined in the years immediately following the First World War with the treaties of Neuilly in 1919 and of Lausanne in 1923; in 1947, moreover, Greece acquired from Italy, under the Treaty of Paris, Rhodes and the Dodecanese. The democratic liberties suppressed in the military coup of 21 April 1967 having been restored in 1974, the institution of Greece into a unitary republic was confirmed with the referendum of 8 December 1974. According to the Constitution, which entered into force in 1975, the head of state is the President of the Republic, elected for 5 years by the unicameral Parliament, who is responsible for exercising legislative power and whose members are elected for 5 years by universal suffrage. Executive power is exercised by the Council of Ministers, which is accountable to Parliament for its actions, and whose prime minister is appointed by the President of the Republic in the person of the party leader with an absolute or relative majority. The Greek republic is divided into 13 regions, which in turn are divided into 52 provinces (nomói). Mount Athos (or Monte Santo), located in the easternmost offshoot of the Chalkidiki peninsula, despite being under Hellenic sovereignty, holds the status, unique in Europe, of an autonomous monastic republic. The armed forces of the Greek Republic include the army, navy and air force. The staff employed is mainly made up of professionals. The judicial system is continental-European. The death penalty was abolished in 1993. According to andyeducation, both private and public kindergartens are available for children aged 3 to 6; education is compulsory from 6 to 15 years old and is divided into two cycles, primary and secondary. Once compulsory education is completed, according to the 1997 reform, it is possible to access secondary schools, technical institutes or vocational schools. Illiteracy affects 2.9% of the population.

The beginning of the radical transformations of the Hellenic productive structures dates back to the seventies of the twentieth century; remained an almost exclusively agricultural land for millennia, still in 1960 Greece exported for approx. 90% agricultural and livestock products, while industrial ones contributed extremely little to the national income; ten years later, for the first time, industrial products surpassed agricultural products in income formation, with an annual increase that in the 1990s was around 3%. Starting in the 1960s, that process of industrialization and modernization began which changed the socio-economic physiognomy of Greece. For Greece, its entry into the EEC (1981) crowned an intense effort, which began in the 1970s, to reach an economic level such as to ensure that the country was considered in the same way as the main states of Western Europe. Despite some progress made in the Eighties, and witnessed by the increased diversification of exports (greater participation of industrial products), the Greek economy has nevertheless remained marked by conditions of weak industrial development, characterizing itself in the EU as the most backward along with that of of Portugal. Indicative of this, as they are clearly above the EEC average, were the level of unemployment, albeit in decline, and the strong role still exercised in the production system by the primary sector, whose prospects, opened precisely with the entry into the Community, they have tended to reduce as a result of the supervening competition from the Iberian countries. Given this situation, Greece was unable to enter the country at the beginning of 1999. EMU with the first group of countries, but then slowly approached the Maastricht criteria obtaining admission to the euro area in 2001, thanks to a new economic policy undertaken by the government which, in addition to devaluing the currency by 14%, adopted numerous restrictive measures, especially in the public sector, where it is still clientelism is widespread, and in the politics of wages. In addition, the privatization of state industries and banks was accelerated. The economy of the country has a clear prevalence of the tertiary sector (especially in the activities of shipowners and in those related to tourism), which contributes to the GDP for over 70%; in second place is the industrial sector, composed mainly of small companies and in which some sectors such as chemicals, textiles, electromechanical and – more directly connected with the increased mining activity – metallurgical and iron and steel; finally agriculture, which nevertheless retains an important role not only in the production structure but also in exports; The Greek economy is generally considered to be dynamic, with steadily increasing growth, GDP in 2008 was 357,549 million US $, thanks above all to lively domestic demand and the opening to international markets. However, serious problems remain, which the development process seems to be accentuating; in the first place, the strong dependence on foreign countries due to the need to import all energy supplies, as well as basic machinery, advanced technology and most of the means of transport. Pre-existing regional imbalances have also worsened, since the area that gravitates to Athens is becoming more and more congested, both due to the strong migratory movement from other areas of the country and due to the excessive concentration of industrial activities: Greater Athens welcomes more than half of the workers, and therefore of the factories, of all Greece. Also problematic is the administration’s action on the privatization front, slowed down by the need to restore the balance sheets of state-owned companies before placing them on the market. The economy of Greece increasingly depends on the trend of international politics and on relations with the EU countries and with those of the area that extends from the Balkans to the Caspian Sea, especially with Turkey. As a consequence of this dependence, the foreign debt is growing and the trade deficit is very strong: exports cover much less than half of imports. The only significant income is provided by tourism, and by the earnings of Greek shipowners, who own one of the largest merchant fleets in the world. Trade by sea on the southern Italy-Greece-Turkey route has strengthened considerably both due to the crisis in the Balkan countries, which prevented transit by land, and due to the construction of infrastructures. 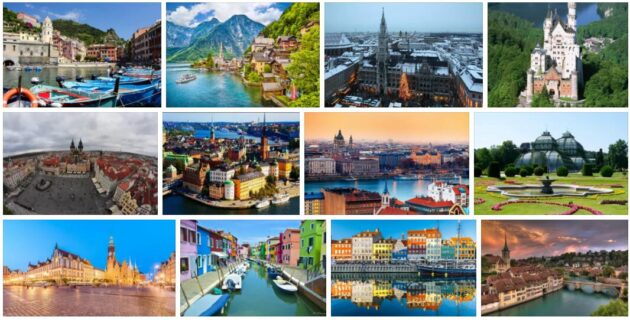