Since 1948, Israel has gone from being a newly created poor developing country, with enormous socio-economic challenges, to a modern high-tech superpower – a development often referred to as an economic miracle story. For the first few decades, Israel was a centrally controlled economy, based on a socialist mindset and regime. Later, the country has developed in a more liberalistic direction. 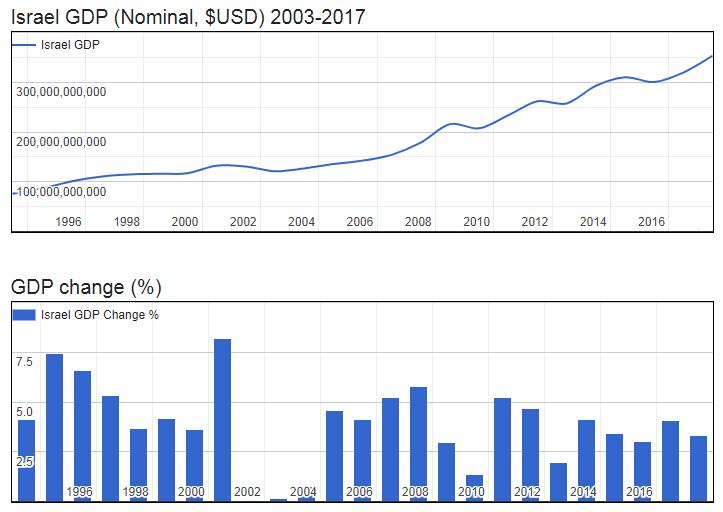 Today’s modern Israel recovered well through the global financial crisis of 2008, has a large number of successful start-ups and is a member of the Organization for Economic Cooperation and Development (OECD). Still, there are important nuances to the success story. Israel has a relatively large number of poor inhabitants, high welfare costs and struggles with the rapidly growing population groups being excluded from the labor market.

One of the most important areas of focus for the Zionist movement in the late 1800s was to ensure that the Jewish community in Palestine – called Yishuv – could cultivate the land and support itself. This was important both because the concrete state-building project by giving increased control over the land area, while also being seen as an existential question. But the land in Palestine was difficult to farmOn, the water supply was insufficient and the Zionist leadership struggled with the Jewish immigrants mainly with theoretical and academic backgrounds and therefore could not compare with the local Palestinian Arabs’ long experience in agricultural work under this type of conditions. But the Zionist movement was determined that if they were to succeed in establishing a Jewish state, they would have to cultivate a Jewish economy, based on Jewish labor. They worked purposefully and early organized the Jewish National Fund and the Histadrut trade union as part of this work. Even after the establishment of the State of Israel in 1948, these became central elements of the strong government that the Israeli leadership ruled.

The first period after the establishment of the state presented challenges enough to break even a robust and well-developed state: A multi-month long war against the Arab neighboring countries and a huge population growth through immigrants, which usually came without any values ​​and which were totally dependent on the state from everything from health care to domestic service. Israel was at that time dominated by the socialist labor movement, led by the Israeli Labor Party, which gladly saw that a strong state power controlled the course of all social issues.

During the 1950s, large state agricultural and infrastructure projects were initiated. This increased employment and helped to strengthen the economic situation. At the same time, talks between the Israeli authorities and West Germany began to provide financial compensation for the losses suffered by the Jewish people during the Holocaust. The compensation was to be paid from the Germans to the Jewish people, now represented by the Jewish state. The controversial Luxembourg agreement signed in 1952 meant, among other things, that West Germany would annually transfer goods and services to Israel and financial contributions through the so-called Claims Conference. Since the agreement was signed, West Germany, and later Germany, has transferred more than $ 70 billion to over 800,000 Holocaust victims.

The Israeli economy then developed positively until 1973, when the trend turned and the country went into what is referred to as “the lost decade”.

In the 1970s, the Israeli Labor Party was in an increasingly weak political position. Gradually, they were replaced by the right-wing Likud, which pursued an economic policy driven by a strong belief in deregulation, entrepreneurship and increased privatization of business. For Israel, this was not a successful venture. Economic growth slowed and inflation increased. Paradoxically, the negative economic situation first and foremost affected the population group that had voted for Likud, the already marginalized Misrakhim, the (“Eastern”) Jews with backgrounds from the Middle East and North Africa.

In 1983, the Israeli stock market and the country’s banks were sent into crisis and the recently established national currency, the Israeli shekel, was devalued.

From the mid-1980s, the economy gained momentum, partly due to generous transfers from Israel’s all-powerful allies, the United States. In 1985, the two countries also signed a free trade sawdust. The population growth that Russian immigrants faced was another positive driver: Russian Jews increased demand for goods and services and increased productivity.

The World Bank defines today’s Israel as a modern, developed high-income country. Israel came through the financial crisis in 2008 without major financial consequences. According to the World Bank, gross domestic product (GDP) in 2018 was $ 370. Adjusted for population, it gives about 40, 269 US dollars per capita. For 2019, this represented an economic growth of 3.3 percent from the previous year, thus adding to the range of 15 years of positive development for the Israeli economy. Unemployment has been low and falling in recent years. In December 2019, it was down 3.9 percent, according to the Israel Statistics Office.

Since the 1990s, Israel has also established itself as one of the world’s foremost technological superpowers. Israel is the country in the world with the most high-tech start-up companies in relation to the population. The start-up companies have become an important new engine in the Israeli economy. Critics, however, point out that this part of the economy is not tightly connected to society at large, but remains economically profitable for the elite. None of the startup companies have managed to grow so large that they are a pillar of the Israeli economy.

The problem for Israel is that while only one in ten workers is employed in the high-tech economy, nine out of ten working Israelis are employed in the other industries where the development has been less positive negative. This is largely about the alienation of two large groups of people in particular – the Jewish ultra-Orthodox and the Palestinian Israelis.

In the statistics of the Organization for Economic Cooperation and Development (OECD), in which Israel joined in 2010, Israel also ranks high on the list of countries with major poverty problems and large inequalities between poor and rich. Both low productivity and poverty rates are problems that are particularly true of two social groups, namely the ultra-Orthodox and the Palestinian citizens of Israel. Neither of the two groups is well integrated into the Israeli workforce. The demanding situation this is affecting the Israeli economy is emphasized by the fact that these two groups are growing rapidly due to high birth rates. According to OECD estimates, they will make up about fifty percent of Israel’s population by 2060.

However, the two poorest groups in the population are not alone in having socio-economic problems. Israel has the OECD’s highest poverty rate. In 2011, the largest protest movement in Israel grew in decades. At the heart of the protests was an unreasonably high price level, from everything from groceries to the real estate market.

International trade and the boycott movement

Israel’s total exports are $ 61 million a year, while imports are $ 76 million (2018). In 1999, Israel signed an important trade agreement with the EU, and today the EU is one of the country’s most important trading partners. In recent years, the relationship has been more strained, due to the EU’s stated policy of distinguishing between trade in Israeli goods and trade in goods from Israeli settlements outside the borders of June 4, 1967.

This so-called differentiation policy means, for example, that goods and products originating in the settlements should not be able to enjoy the same low tariff barriers to the EU as Israeli products, and that Israel cannot label settlement goods as “Made in Israel”.

The Palestinian BDS movement works for international boycott, disinvestment and sanctions against Israel. Israeli authorities’ own calculations of how the BDS movement could hit Israel range from modest financial losses to potential disaster. So far, the campaign has had little effect on the Israeli economy. It is first and foremost if the BDS movement brings with it other countries’ authorities that the boycott movement can really hit the Israeli economy in such a way that it becomes a real financial problem.

Tourism to Israel accounts for about three percent of the country’s gross domestic product. A peace agreement with the Palestinians is often highlighted as the foremost Israel can do to strengthen the economy. Increasing revenues from tourism, a further strengthening of the shekel and an increase in foreign investment in the country are examples of what economists expect from positive developments in such a scenario.

For a country in conflict with most of its neighboring countries, energy security has always been a vulnerable point for the Israeli economy. Israel has few deposits of oil and coal, and has been dependent on imports of both. Since the 1950s, the authorities have been hunting for natural gas, but it was not until the 1990s and 2000s that truly significant discoveries were made. In 2009–2010, extensive discoveries of natural gas were made on the Israeli continental shelf in the Mediterranean.

The Tamar and Leviathan fields were the largest, and will alone make the country self-sufficient for up to 50 years. In December 2019 production started from the Leviathan field. The gas is mainly landed to Israel and Israeli consumption, but the companies that extract the field have also signed an agreement on the sale of natural gas from the Leviathan field to Egypt – one of only two neighboring countries with which Israel has a peace agreement (the other is Jordan). The land route to Egypt started in January 2020.

Israel has two nuclear power plants, one in Dimona in the Negev desert and one in Nahal Soreq, on the outskirts of Tel Aviv. Since 2010, Israel has also invested more and more in solar energy infrastructure.

During the term of office, the local currency in Palestine was Palestinian Lira, sometimes referred to as Palestinian Pound. The Palestinian pound had the same value as the British pound (pound sterling). When the British lost control of the mandate and Israel was established, the United Kingdom decided that Israel was no longer allowed to belong to the sterling area. Israel thus went on to print and use Israeli lira, until 1952, when it was replaced with Eretz Israel lira. Without being able to rely on the British pound, the Israeli currency dropped significantly in value.

In 1980, the currency was again exchanged, to the Israeli Shekel, but this unit had a difficult time with the economic crisis that hit the country at the same time. In 1985, the New Israeli Shekel (NIS/ILS) was introduced. It is still the currency of the country and is referred to only as Shekel in daily speech. In the years following the financial crisis, the shekel has been among the world’s strongest currencies, and has strengthened strongly against both the US dollar and the euro. 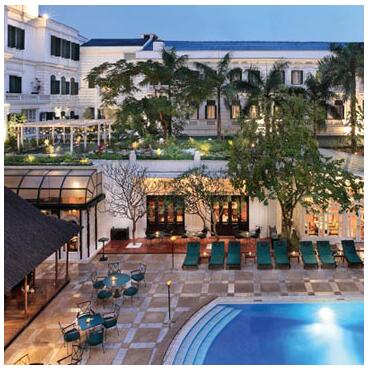