According to the baoulé, Queen Aura Poka, the sister of a failed beggar to the throne of the Ashantis, went with her people to the west in 1730 and founded a new state in the middle of the region known to Europeans since the 15th century under the name Côte d ‘Ivory, Ivory Coast, due to the intensive trade in elephant tusks. 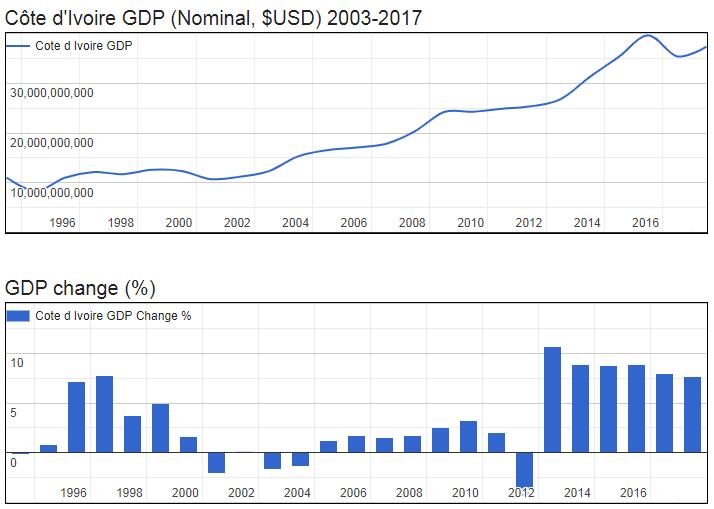 According to COUNTRYAAH, the boom of this ashanti state was a threat to the smaller Aigini and Atopkara kingdoms on the coast and inland respectively. They therefore sought protection from the French in 1843. It gave the French a monopoly on the establishment of trading stations along the coast and – almost half a century later – the opportunity to penetrate the country, in an attempt to link the Ivory Coast with Guinea, Mali and Senegal.

In this process, fierce opposition was met by Samori Turé, whose state was located precisely in the central part of the area that the Europeans wanted to merge. (See: Guinea).

After three decades of bloody fighting (1870-1998), Turé was defeated, and the leaders of the largest tribes met to make agreements with the French.

In 1895, the French founded French West Africa, composed of Senegal, French Sudan – the present Mali, Guinea and Ivory Coast, abbreviated as IC by abbreviationfinder.org. Later the area was expanded with Chad, Burkina Faso – the former Upper Volta – and Mauritania. In this way, attempts were made to achieve some stability between the poorest countries – Chad and Upper Volta – and the poorer countries – Senegal and Ivory Coast. However, it did not succeed in continuing the Union after the individual countries gained independence.

Attempts at economic integration have been tested ever since – with changing success – but only recently have concrete initiatives been taken with the establishment of the West African Economic Community. An association of 15 countries in the region, formerly French, British and Portuguese colonies.

Politically, French West Africa came “to the world” in 1946 with the formation of the African Democratic Group, the RDA, a party of “settlers” in Senegal, Mali and Guinea, whose goal was independence and unity among the French colonies in the area.

The heir to the Baoulés, the physician and the landlord, Félix Houphouet Boigny, was appointed President of the RDA because of his experience as leader of an association of peasants who had been in opposition to the French colonial government.

Having entered into an alliance with the French Communist Party, the PCF, the only party that in fact defied anti-colonialist views, organized the RDA strikes, demonstrations and boycotts against European companies. The reprisals against the RDA cost hundreds of lives, while thousands were arrested. This prompted Boigny to discontinue cooperation with the PCF in 1950 and to accept an agreement proposed by Francois Mitterrand, then French minister responsible for the overseas territories. RDA quickly lost credibility after the change of attitude and Boigny eventually had only support in his home region.

All French possessions in West Africa gained independence in the period 1958-1960, and the new nations were admitted as members of the UN. Aware of their countries’ poor financial capacity, the leaders argued for the creation of a union, but Boigny rejected the idea of ​​fear of losing the relative welfare and privileges the country enjoyed over the former colonial power of France. “We are not saying goodbye to France, but to each other,” the Ivory Coast president said as he proclaimed his independence.