Before the dissolution of Yugoslavia, Slovenia was the richest and most industrialized of all the republics of the Union. With only eight percent of Yugoslavia’s total population, the republic accounted for 17 percent of gross domestic product (GDP) and 30 percent of exports to Western Europe. In the first period after independence, the country experienced a short-term economic decline. After a few years of economic decline and high unemployment, economic growth increased, while unemployment fell. As the first of the new EU countries, Slovenia joined the Eurozone in 2007.

Of the service industries, finance (banking, insurance) and tourism are particularly important sources of income for Slovenia.

Abbreviated as SLO by abbreviationfinder.org, Slovenia has an excellent infrastructure and a well-trained workforce.

The total agricultural area constitutes 22.8 percent of the land. More than half of the agricultural land is used as pasture. Among other things, it is grown maize, wheat, sugar beets, potatoes, cabbage and fruit (apples and pears, as well as grapes for wine production). Cattle are especially kept for milk and meat production, poultry and pigs, as well as some sheep. In 2016, agriculture’s contribution to GDP was 2.3 percent

62.3 percent of the country is covered by forests, and forestry has traditionally been an important industry. Most of the harvest goes to timber and pulp.

The farming of fish, mainly trout and carp, has increased in recent years. In 2016, production was 1612 tonnes. Deep sea fishing, on the other hand, is negligible. According to Eurostats, only 200 tonnes were fished in 2015.

In 2015, the coal mine at Velenje, 58 km northeast of the capital Ljubljana, produced 3.2 million tonnes of coal. The mining business employs 1300 people, and it is planned to continue mining until 2054. In addition, lead and zinc are recovered, as well as smaller amounts of salt, oil and natural gas. Slovenia has smaller deposits of uranium and mercury.

31.9 percent of the country’s energy consumption is covered by hydropower. Slovenia has one nuclear power plant in Krsk, which was built in 1983 to meet energy needs in both Slovenia and Croatia. By a 1995 agreement, ownership of the power plant was shared equally between the two countries. This power plant covers 34.4 percent of Slovenia’s energy needs, while coal accounts for 31.8 per cent. Slovenia imports both oil and gas.

Slovenia’s geographical location means that the country is a natural transit country for road and rail traffic between northern and southern Europe, and there are good connections especially in the northwest-southeast direction. There are a total of 38 985 km of roads. The railway network is at 1229 km. Koper is the country’s most important port city. In 2016, 22 million tonnes of goods were loaded/ unloaded at the port, representing a six percent increase over 2015. The port of Koper is a duty-free zone. Other important ports are Portorož and Izola. There is some transport on the river Drava, which is a bee to the Danube. 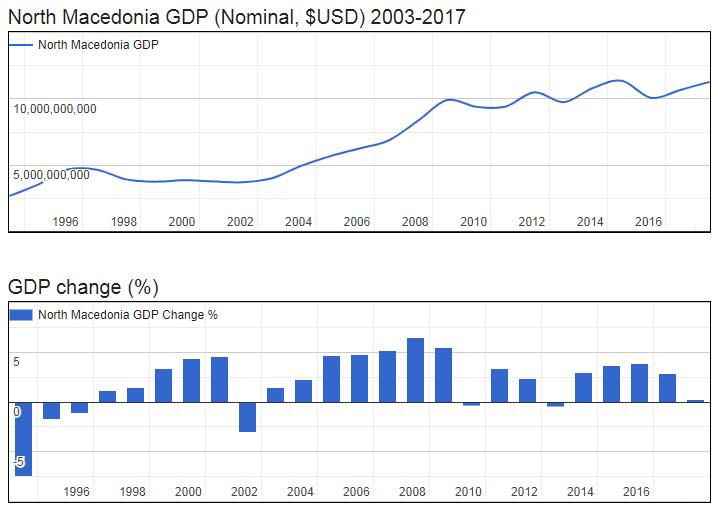