After the state collapse in 1991, all normal economic activities have been impossible. Livestock and agriculture are the basis of the economy, but there is also some industrial activity. The telecom industry is successful in the country. A provisional fuel distribution system from northern Somalia has operated under a strong armed private surveillance. The export of live cattle, hides and skins has recovered somewhat, but it is also under the control of various armed groups. An important element of the economy has become payments from exile Somalis, but also from the UN, the Red Cross and various NGOs, which require guarded protection to function. Statistics, if any, are unreliable. No data on GDP is available. Agriculture is estimated to account for 60 percent of GDP and employ about 70 percent of the population.

According to COUNTRYAAH, about 70 percent of Somalia’s population directly or indirectly receive their livelihood from the nomadic livestock management of camels, sheep, goats and the cattle in the southern regions. The most important product is milk, especially the nutritious camel milk, which is a staple food in the middle and northern parts of the country. Exports of live animals, hides and skins to Arab countries have at times accounted for 80 percent of export revenue, but an import ban on live livestock from Somalia due to a fever disease prevailed for a few years in the early 00s. Agriculture in general is a self-sustaining farm with maize, sorghum and cassava as the most important growing plants. Both agriculture and livestock management are constantly threatened by recurring dry periods.

The most important among the salad crops are sugar cane, grapefruit and bananas. Bananas are mainly exported to Italy.

Until the 1970s, fishing was a much-neglected sector. In connection with the severe dry years of 1974 and 1975, 12,000 former nomads settled in 21 fishing cooperatives, and development of fisheries was given top priority. The civil war in the 1990s destroyed much of the fishing industry that was built up, but several cooperatives have resumed operations during the 1990s. In 2009, the total fish catch was 30,000 tonnes; The most important was the catch of tuna and lobster. Without functioning coastguard, Somalia’s territorial waters are severely affected by illegal fishing by vessels from other countries.

Note: the capital city of Somalia is Mogadishu with a population of 2.3 million (estimated 2020). Other major cities include Hargeisa (in Somaliland), Merca, Bossasso (in Puntland), Berbera (in Somaliland), Kismayo.

Abbreviated as SOM by abbreviationfinder.org, Somalia has found deposits of gold, silver, copper, manganese, uranium and tungsten. One of the world’s largest plaster deposits is found near Berbera. However, the safety situation prevents the mining industry from developing.

Extensive oil exploration has not resulted in any significant discoveries, and the oil and natural gas believed to have not been recovered. The country’s electricity supply comes mainly from privately owned diesel-powered generators. About 60 percent of Somalia is covered by tree water that supplies firewood for rural areas and charcoal for cities. Charcoal is also exported to Kenya, which exacerbates the problem of deforestation. A conflict between charcoal burners and nomads over the right to the savannah’s resources has contributed to the armed conflicts in the country.

Most of Somalia’s industry is small-scale and agricultural-based, such as the textile and leather industry, as well as sugar production and preservation of meat and fish. Plastic bags, soaps and detergents are also manufactured. In 2004, a factory for the production of soft drinks (Coca-Cola ®) was opened in Mogadishu. Two years later, the factory was closed, but reopened in 2012. Cement and gypsum production have also been resumed.

Somalia’s most important export products are live cattle, hides, skins, mainly to the Arab countries, and bananas. Collecting and exporting raw materials for myrrh and incense is of local importance in northern Somalia. The most important import products are manufacturing, transport, food and oil. Weapons are also imported on a large scale, despite the UN arms embargo. Exports are mainly to the United Arab Emirates, Yemen and Oman. Most of the imports come from Djibouti, but Kenya, Pakistan and China are also major importing countries. The trade balance has been very negative throughout the period of independence. 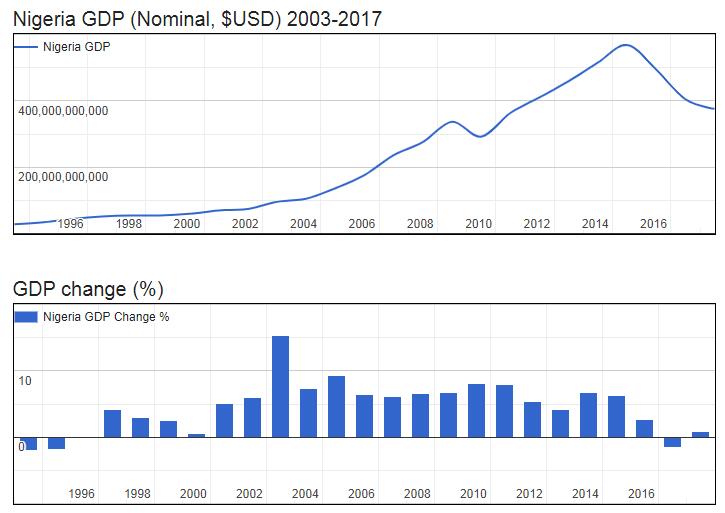